Meet The Intivix Partner That Is Exploring the World Around Him

There are many ways to explore the world that we are living in. It can be done through travel, by immersing yourself in the arts and information and through parenthood. Matthew James, one of our Intivix Partners, seems always to be exploring his world through all of these channels, and even a few more.

Matthew joined Intivix around five years ago as Service Director and transitioned into the Partner role about one year later. Matthew’s role as a Partner covers a lot of ground, partly because he also doubles as the Chief Operating Officer. He’s involved in the business infrastructure of Intivix, which includes finance, operations, and human resources, and also heads up the service team. Truthfully his role consists of a bit of everything, enabling him to view the organization from many different angles. 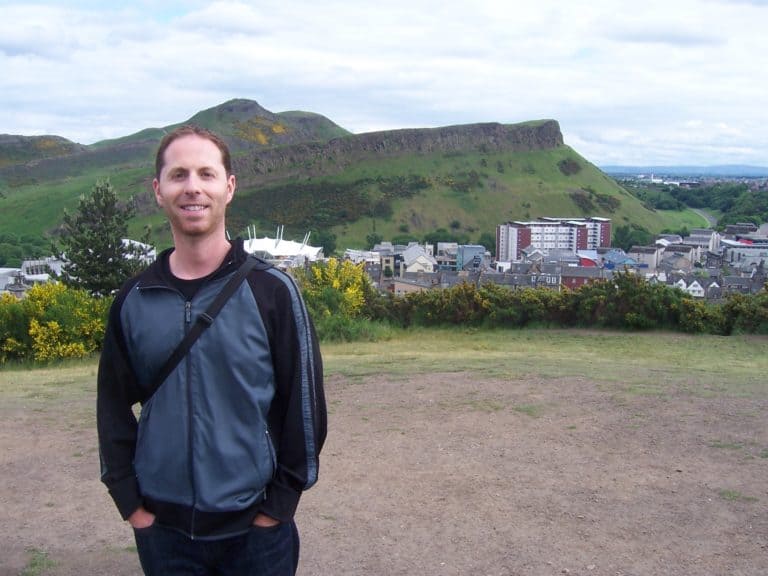 From London to San Francisco

Although Matthew has lived in the San Francisco area for around 20 years, he’s had the great opportunity to view the world from many different angles as well. Matthew grew up in London, England, and decided to move to the United States after one of his relatives in England won a trip for two to New Orleans. Lucky for Matthew, his relative wasn’t interested in the trip, so he and his Mom hopped on a plane and enjoyed the trip on her behalf. He ended up extending his trip quite a bit and traveled to Chicago, Boston, New York, and eventually to the San Francisco Bay Area. Staying with friends, he was able to get a feel for the area and decided to put down roots and stay in San Francisco. The culture is what really appealed to him. He now holds dual citizenship and travels back to England one to two times per year to visit and enjoy time with family.

Of course, his family visits him in the “States” as well. Partly to enjoy time with him, but also to spend time with Matthew’s five-year-old son, Jackson. Currently, in pre-school, Jackson, like his Dad, has a pretty active life. He’s an athletic child that enjoys dance (hip hop ninja to be a bit more precise) and gymnastics as well as exploring the area with his Dad. On the weekends, you may catch them at museums in the area, the zoo or enjoying the playground or other outdoor activities.

It’s not surprising that Jackson is the active type, as Matthew is as well. Urban exploration is one of his pastimes, along with hiking, swimming, and biking. He enjoys both the outdoor aspect of these activities as well as the exercise that comes along with it. And, not too long ago, he ran a half-marathon. Matthew has an English Literature degree, and his love of reading has definitely not fallen by the wayside. When he’s not enjoying the outdoors, you may catch him reading…books, magazines, newspapers, and articles online. You name it, he reads it! From biographies to novels to the sciences, he likes to dive into it all, partly for the continued knowledge aspect, and partly for the pure joy of reading great books.

He seems to have a genuine thirst for knowledge of all kinds, including the arts. Going to the theater, to an art museum or musical event are all regular occurrences for Matthew. And, that’s part of the schedule when his younger sister or parents come to visit, and when he goes to visit them as well. Beyond that, he has a love of travel as well. Some of his favorites include Iceland (a fairly recent trip), as well as the Grand Canyon and the Rocky Mountains.

At this point, you’ve likely noticed a trend with Matthew. He truly enjoys exploring everything around him. The outdoors, the literary world, art, theaters, and music. There’s so much happening in the world and he likes to jump in and enjoy a bit of everything. And this aligns so well with something he thinks is important: if you are going to do something, do it well. Do things with a mark of expertise, quality, and excellence. It’s how he approaches his personal life and his professional life, including employee and client interactions at Intivix.